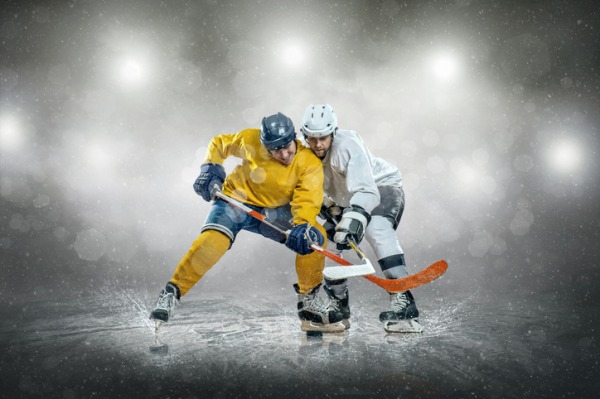 Backchecking is a vital component of a hockey game. Lack of proper backchecking can dramatically alter the outcome of a contest by providing a tremendous advantage for the opposition in its transition from defense to offense. Also, failing to backcheck properly can inhibit a team’s counterattack because a player, by pursuing and/or controlling some of the attackers, is likely to disrupt the opponent and might somehow regain control of the puck. Proper backchecking is a major key to defensive success and, to a lesser extent, has a role in producing offensive opportunities.

If a complete effort and understanding are not devoted to backchecking, the opposing attackers will confront less pressure (to the extent that proper backchecking is lacking) from beside and behind them, thus being better able to execute a variety of plays and gain extra chances that otherwise could be neutralized or at least impeded so that percentages for the opposition’s success would greatly decrease. Imagine how much easier it would be for a group to conduct an attack in any realm by having to contend only with forces in front of it and not also with forces pursuing and pressuring it from the side or the rear.

Simply stated,the main purpose of backchecking is to deny time and space to the opposition so that the attackers must operate under greater pressure generated by more defenders in a more restricted area, thereby significantly reducing the chances for success in scoring. Proper backchecking is the terminator of many potentially wonderful offensive opportunities.

There are two types of backchecking: 1) skating and fulfilling duties while already in position and 2) mildly skating or sprinting into position in order to perform duties. Success in the first type of backchecking emanates from understanding and proper positioning in one’s offensive zone. A team may choose to commit fully one or two forecheckers, while the other forward(s) must remain as high as approximately the top of the face-off circles  and be nearer their defensive end than any opponent is, unless it is determined that there is a good reason for an offensive commitment, and this facet depends upon the coach’s system. Backchecking does not always involve greatly sprinting in order to re-engage with the play, although this could be the most common, most difficult, and least performed type. Entering a backchecking scheme after forechecking with a three-man cycling effort or when anyone is caught behind the play requires intelligent, dedicated skaters who will compensate for not having anyone locked back, and I shall address this second type of backchecking later.

If properly positioned when the opposition breaks out of its defensive zone, the backchecking forward(s) must not be outside the face-off dots and must be in front of, inside of, and in control of the opposing forward on that side. A backchecking forward never skates backward unless he is acting as a defenseman for a teammate who has been caught behind the play.

These backcheckers must constantly split their vision so that they will be aware of all that is occurring, and they must also block any pass to their side of the ice, beat the opposing forwards to the puck if it is shot into their defensive zone, not allow the puckcarrier to travel between them and the nearest defenseman, and cover their man all the way to the net if this opponent skates forward. If there is an attacker in their lane, the backcheckers must not attempt to steal the puck from another attacker carrying it through the center of the ice, unless they can do so with 100% certainty, because the defensemen would then be in a risky position by being forced to concern themselves with the uncovered attackers on the outside as well as the opponents in the middle until such people might be neutralized by a backchecker.

Rather, the backcheckers should control their lanes on the outside of the ice so that the defensemen have only a restricted central area to cover, approximately two-thirds of the rink’s width, contending at least with just the puckcarrier and one outside lane if only a single backchecker is successful. If the attackers leave their outside lanes, the backcheckers should follow them, unless an opponent crosses into the backchecker’s area. The ultimate minimum goal is to have a three-man defensive barrier (two defensemen and a forward) across the blueline. If both outside lanes are properly patrolled by backcheckers, thus creating a four-man defensive barrier, the defensemen will have only a small central area to monitor, and the attackers must then clearly skate widely or dump the puck.

This backchecking coverage should not allow a quality shot on net and, if the opposition retains control entering its offensive zone, its players must be forced to struggle in order to penetrate the defender’s defensive zone coverage into which all backchecking must quickly flow. The ultimately successful defense begins with controlling the opponents as they break out of their defensive zone, and proper backchecking is the component to master in order to accomplish this objective.

For a different scenario in which any or all forwards are caught deeply in their offensive zone, backcheckers must fully sprint toward their defensive zone and only chase the puckcarrier if there is a 100% certainty that he can be overtaken. Otherwise, the backcheckers should seek to control a lane, as previously discussed, or cover the attacker nearest them so that the defensemen understand that such forward is neutralized, thus allowing the defensemen to concentrate on fewer opponents and, hopefully, only the puckcarrier. If no opposing forwards can be overtaken, the backcheckers should continue sprinting into their defensive zone coverage.

The most difficult backchecking to be undertaken is when one is near the end of a shift and far behind the attackers’ developing rush. Interfering with the opponent appears highly unlikely, while the body is tired and signaling for a shutdown. However, the potential backchecker must defeat this apparent hopelessness with ultimate dedication, sacrifice, and mental strength, while regarding overcoming the distance as a sacred duty. One’s outlook must be that the result of the game could be decided at this juncture and, indeed, every athlete in any sport should always compete as though “every play is the game.” Unfortunately, many players lack supreme athletic character and are unable to summon the required qualities from within. Consequently, they half-heartedly skate toward the play instead of pursuing at a full sprint.

Many things could happen which might prolong an attack so that a very distant and sprinting backchecker could close the gap and prevent a goal, such as: 1) the puckcarrier being forced widely and needing several moves to overcome the defense 2) the goaltender making the initial save and, perhaps, others 3) an errant pass being made so that the attackers cannot move precisely, etc.. Isn’t a player obligated always to devote 100% effort anyway? Being able to “dig deeply” inside oneself is an intangible quality lacking in many athletes.

Backchecking from behind the play is not like cleverly stickhandling, quickly unleashing a booming, accurate shot, or skating speedily and powerfully - all skills which many totally dedicated players will never acquire or develop - no matter what! Backchecking from behind the play requires no special physical talents, but rather only a dedicated attitude. If it is not done, it is because the offending player has consciously decided to ignore this critical responsibility - to the detriment of his team. No player should be allowed to be only a casual backchecker.